According to the invaluable knowledge of Greig Hutton,
“Serial number 112202 was stamped on November 3, 1949 and cleared final inspection on January 16, 1950. The production record indicates that one guitar from the batch of 25 was made as a dark top, now we know which one! The bookings ledger doesn’t show any dark tops being ordered in late 1949 or early 1950 so I can’t tell you which dealer ordered it. The order for the dark top was probably phoned in after the batch was in production and, as Martin still does today, they just randomly grabbed a guitar from the rack and gave it a dark top.”
Not one you see everyday and this is a mini Cathedral, a fantastic player that had a neck reset and proper fretjob. 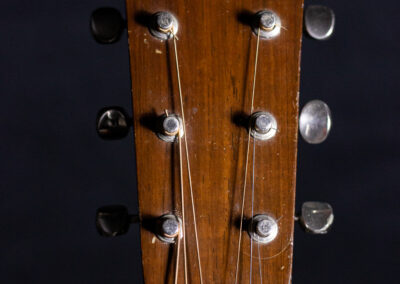 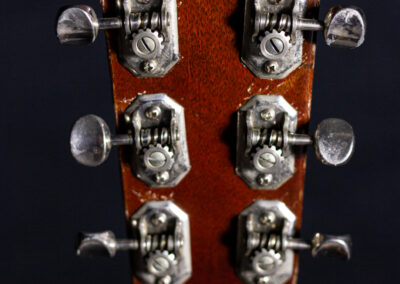 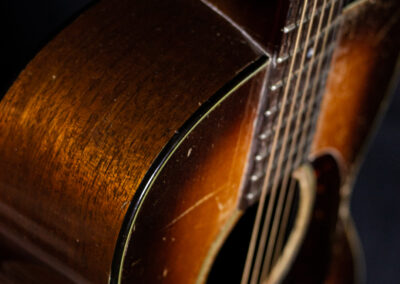